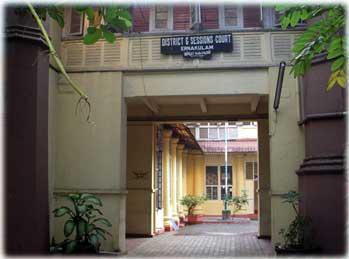 Ernakulam district is one of the prominent districts of Kerala that consists of 12% population of the whole state. With such a huge population one of the major challenges for the district is to maintain law and order in the area and in this cause one of the greatest pillars is the efficient judiciary system available in the district. The judicial system of Ernakulam district is extremely strong and with the efficient judicial officers working towards having a peaceful, crime free and harmonious society where justice is delivered to every individual.

For the better judgment and quick resolutions the judiciary system of Ernakulam has accepted the mode of multiple courts for all kinds of cases, like every other district or state. To understand the different courts of law in Ernakulam district it is important to have a quick view on the background of this judicial system and how it came into being.

History of Judicial System in Ernakulam

In the ancient era there was nothing called separate Judicial system in Ernakulam. It was the customs followed which was believed to be a part Dharma Shastra and it was considered as the law that was sufficient to settle any form of dispute. Even later on when the area was ruled by great kings of the country, there was no separate identified Judiciary and it was the King who used to have all powers related to legislative, administration, executive and judicial matters. Though there were ministers and their subordinates to assist the King, but they didn’t have the powers to conduct justice. Even the highest court of appeal during those days, was to the King itself, who only had the power to review his own justice.

However, with passage of time the Judicial system got changed and it was only with the advent of British that several courts of law were created with a huge development in the stream. Some of these developments are listed below.

Zilla Courts first came into existence in 1812, where the primary aim regarding this establishment was to keep an enquiry and track of all the civil and criminal cases. The court was headed by Dewan who enjoyed the position of head of all executives. Though this was a good initiative the same got abolished in 1845 and was replaced by Subadar Amins Court which was later changed to the Court of Subordinate Judge.

According to the Hukkumnamah of 1813, there were two subordinate courts at Tripunithura and Trichur and one Valiya court which was based in Ernakulam. The latter was known as the Huzur Court. The decisions were taken in subordinate court but if there has to be appeal against the decision the same was done in Huzur court which in the year 1818 was changed to Appeal Zilla court, where appeal of all cases were listed and the same was evaluated again for any disputes.

Munsiff court came into being in 1835. During this time the existing courts had under them the jurisdiction of the Talukas where the Tehsildars were provided with judicial powers. In 1852 for the first time the Tehsildar of Chitoor was given the powers of Munsiff. Later on three more Munsiff courts were created at Ernakulam, Trichur and Cochin. This in turn helped the Zilla Courts by lessening the huge burden of cases there.

In the later years, with several regulation act, a lot of changes came into the judiciary system. Previously it was Zilla court, Munsiff Court, Court of Appeal and Raja Court or the highest Court but later the Raja Court was changed to Chief court and the Zilla courts were named as District Court.

It may also be noted that the Judge of Principal District also serves as the head of the District judiciary. There are almost twenty courts functioning in the District court complex. Previously, this district court at Ernakulam was named as Anjikaimal and it is located in the same building from 1818. However, the construction of the new building for the court is in the process and soon to be shifted.

Among the Tribunal Courts there are two prominent ones The State Transport Appellate Tribunal and Motor accident Claims Tribunal. While the first Tribunal is state wide the other aims at dealing with the claims related to loss of life, property or any sort of injury or damage out of use of vehicles.

There are three Special courts operating which attends the cases filed by the CBI. However the jurisdiction of the whole Kerala falls in these three special courts.

This court functions on the jurisdiction covering Revenue District of Ernakulam.

In Ernakulam district there are nine asst Session Courts functioning in Muvattupuzha, Perumbavoor, Kochi, Paravur and lastly Ernakulam city. Pecuniary Jurisdiction is mainly done at these assistant session courts. Apart this there are cases on insolvency act and land acquisition act which are filed at this court too. The udges of the court are given powers to work over the judgment of the Munsiff court.

Law suits up to a value of one lakh are looked after in the Munsiff courts. In Ernakulam district there are 11 Munsiff courts in various locations like Kolencherry, Muvattupuzha, Perumbavoor, North Paravur, Aluva and rest two in Kochi and four in Ernakulam district. To lessen down the pressure the High Court of Kerala has invested the powers of JFCM on Munsiffs to lessen down pending cases and deliver proper justice to all.

One of the four Munsif Court based in Ernakulam one is dedicated to form the Rent Control Court acting under Kerala Building Act of 1965 and solve issue related to renting between, landlord and tenant. The whole of Revenue district Ernakulam falls under this court’s jurisdiction.

All the courts operating in Ernakulam district have one common mantra and that is to deliver justice in each and every case registered. The courts mentioned are physically based at various places across the district. There are six courts in North Paravur, Five in Muvattupuzha, four in Perumbavoor, five in Kochi, three in Aluva and one Munsiff Magistrate Court in Kollenchery and one JFCM in Kothamangalam. It may be noted that there are Sub courts, Munciff Courts and JFCM court at almost all the places. Addl District court is present at North Paravur only whereas Family Court is based at Muvattupuzha only. Legal Aid is provided in the district to the weaker sections of the society as per the Legal service Authorities Act of 1987. Lok Adalath and Special Adalath are also established mostly on Friday to secure justice and provide equal opportunity to all people specially the economically backward ones.

In spite of all this diversion of courts and specialized judges there is always a scope for appeal and for that one may visit the higher court of Justice, The High Court of Kerala based at Kochi.

Explore more about Administration in Ernakulam