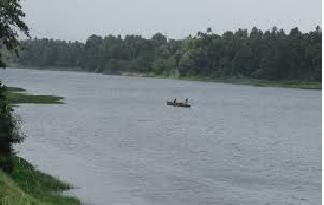 Situated at the central part of the Indian state Kerala, Ernakulam is one of the prominent districts among the 14 districts of the state. Spread across an area of 3068 sqkm the district is considered as the commercial capital. Beautified with considerable number of temples, mosques and churches, gardens and museums and having the wonderful scenic view of the coastal areas and the scintillating backwaters make it a perfect tourist spot for people across the world. In fact, it has been registered as one of the prime tourist locations for people across countries with maximum visits among other places in the state. The district is the third highest populous district with 12% population of Kerala and one of the greatest achievements of the district is the fact that it was considered a 100% literate district in the year 1990. Ernakulam district is also the highest revenue yielder of the state with 14% contribution in the GDP of the state.

The climate of Ernakulam district is essentially tropical. Since the district is based on the western coastal plains it remains quite near to the sea and this affects the weather of Ernakulam district in a huge way. Even the sufficient number of lakes and rivers contribute to the pleasant weather of the district and this soothing temperature prevails almost round the year. The summer season in Ernakulam stays from month of March to June where temperatures remain hot and humid with the maximum temperature recording at 370C. Then comes the monsoon season and stays till September. This season in Ernakulam remains characterized with heavy rainfall and this in turn also hampers the tourist visits. However, from October to February, it is the winter season where the temperature ranges from 170C to 330C. It is ideally the best season in the district as the temperatures remains quite cool and dry creating an ideal time for tourist visits.

Ernakulam district has the best geographical location and condition that supports its existence in a brilliant way. Spreading for a distance of 38km from the northern part to the southern end and around 48km from eastern end to the extreme of west, this district remains bounded by the beautiful coastline of Arabian Sea stretching a length of 46.2km on the western side. It has Alappuzha and Kottayam districts on the south, Thrissur district on the northern side and Idukki district on the east. The exact location of Ernakulam district as per the meridians is longitude 76° 12' to 76° 46' and latitude 90° 42' to 10' 18' north.

According to the physiography of Ernakulam district, the area is divided into three major types, lowland, midland and highland and this includes the hills, plains and forests and obviously seaboard. The hilly region of the district lies in the western part where one can find few portions of the Western Ghats, Kothamangalam, Muvattupuzha and Alwaye. These places are often referred as the hilly taluks. However, the elevation of the highland is not more than 300meters. Next comes the midland area which basically has plain land with drainage facilities through canals and backwaters. The Cochin Taluk has Vaipinkara Island in the north and on the southern part there’s Fort Kochi encircled with waters on three sides. The Periyar River which is also incidentally the longest river of Kerala flows through the delta region. Lastly there is the lowland region which comprises of twenty percent of the total area.

The two major rivers of Ernakulam district are Periyar and Muvattupuzha. The River Periyar flows through almost all major Taluks including Muvattupuzha, Kunnathunadu, Parur Alwaye, and Thodupuzha taluks. Flowing from the northern side of Alwaye is the Chalakudi River which again flows into Periyar River at Alanthikara. Through Ernakulam district the river Periyar stretches for a total length of 229km. Other major rivers of the district include Kallai, Thodupuzha, and Kothamangalam which again joins the beautiful river Muvattupuzha at different places. The rivers are usually not overflowing except the rainy season when heavy rainfall causes flood in the nearby areas. However, the best is the summer months when the rivers remain much drier and narrower.

The soil in Ernakulam district is extremely rich in quality and too much fertile supporting the agricultural business of the district. It is the Periyar and Muvattupuzha valley irrigation projects that benefit the district majorly. The soil type in this region is mainly laterite and also alluvial in nature with graphite and china clay, and in the pockets one do find rich minerals deposited. The soil supports cultivation of various crops which includes paddy, rice, nutmeg and many others. It may be noted that agricultural business is the primary source of earning in this district.

As per the census of 2011, the total population of Ernakulam district stands at 3,282,388, where the male inhabitants are 1,619,557 and the female populace stands at 1,662,831. It is a considerable change to the 2001 census where the population of the district was 3,105,798 where 1,567,401 were females and 1,538,397 were male inhabitants. Though the district has recorded a distinctive increase of population in 2001 census with 9.35% hike from 1991 census, this time in 2011, it has shown a comparatively lesser figure with 5.69% increase against 2001 census. The density of Ernakulam district stands at 1072 people per sqkm. The sex ratio of the district stands at 1027 females per 1000 male persons and child sex ratio stands at 961 girls per 1000 boys. The population below 6 years of age in 2011 census stands at 304,242 with 155,182 male child and 149,060 female. The population here comprises mainly of Hindus, Muslims and Christians. Among the Hindus the Gowda Brahmins in Cochin forms an important community. Apart from this there are Sikh, Jain, Buddhists and even Jews in Ernakulam district. It is said that the Jews came here from Jerusalem in 72AD. The number of families from this clan, however, is quite less with the figure at less than 100 members.

The major language used in this district is Malayalam across all places. However, for the benefit of trade and commerce and for the business interests, English languages are also used to communicate with people of other states and countries. Apart from this there are also uses of Tamil and Hindi language but quite less in compared to the others.