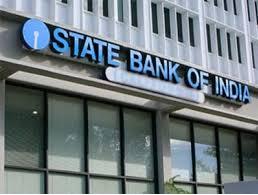 State Bank of India is one of the biggest four banks present in the country. It is a government-owned corporation having its head office based in Mumbai. It is an Indian company with international presence dealing with public sector banking as well as other financial services. The ancestry of State Bank of India traces to the British era where the Imperial Bank of India has a promising presence. It was only after Independence that the Government took over Imperial Bank of India in 1955 and changed its name to State Bank of India. Today the bank has a huge presence in the market with more than 17000 branches spread across the country and more than 190 offices in various foreign locations. The bank also has a huge network of 43,515 ATM of its own and around 51,491 ATM of its associate banks which altogether gives a larger banking aid to its customers.

Like every other state, Kerala also has sufficient number of branches of State Bank of India distributed in various districts. Being one of the prominent districts of the state Ernakulam has a network of altogether 92 branches in the district. The majority of these banks have computerized banking and core banking facility to facilitate their customers. Some of these banks are listed below for reference.

Explore more about Utilities and Services in Ernakulam